In a recent study titled “Effect of Marijuana Use on Outcomes in Traumatic Brain Injury” and published in The American Surgeon, researchers found that patients who had detectable levels of THC in their bodies were less likely than those who did not to die as a result of traumatic brain injury (TBI). The retrospective study examined the data of 446 cases of TBI over a three year period, involving patients who had been treated at Harbor-UCLA Medical Center in Torrance, CA. 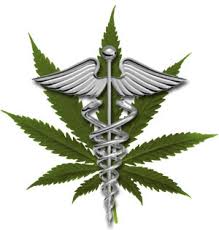 Interpretation Of The Study’s Results

The fact that this was a retrospective analysis, as opposed to a double-blind, placebo-controlled, randomized trial, limits the ability to determine a cause-effect relationship from the study (i.e. it cannot be determined from this study alone that THC is the direct cause of the decreased rate of death from TBI). Additionally, the frequency of cannabis use of the THC-positive patients and the method of delivery used by the TBI patients (e.g. smoking, vaporizing, ingesting) was unknown.

According to a Reuters article on the study, “One concern with the study, according to [Dr. David] Plurad (one of the study’s authors), is that the test for THC could not distinguish between occasional and regular users. A person could test positive after having used marijuana days or even weeks before.” This is largely due to the fact that THC is fat-soluble, and can therefore accumulate in your fat cells instead of being immediately excreted by the body, like water-soluble compounds.

Plurad also states that while similar studies conducted in the past found that alcohol was protective from TBI death, the presence/absence of THC in these studies was not controlled for. Therefore, the potential exists (“potential” being the key word) that the patients who had detectable levels of alcohol in their body in these studies also had THC in their system, which is what actually led to the neuroprotective results. Because of this, the validity of these past studies’ results may be limited. Additionally, the researchers in the currently reviewed study also examined the effect of alcohol on TBI death rate, and found that “[alcohol] didn’t turn out to be as protective as the presence of the marijuana”.

While the results of this study do not definitively prove that the use of cannabis (at levels resulting in physiologically detectable levels of THC) will help to prevent death in the case of a traumatic brain injury, they do lend to a growing body of evidence that endogenous cannabinoids (i.e. those occurring naturally in our bodies, such as 2-AG) and exogenous cannabinoids (e.g. those found in the cannabis plant, or synthetic forms) may prevent or halt brain injury, even in infants.

For instance, a 2013 study published in Neuropharmacology found that when administered to piglets who had sustained hypoxic-ischemic brain injury (i.e. caused by low oxygen), CBD (cannabidiol), one of the most frequently occurring compounds in cannabis, ”exerts robust neuroprotective effects… modulating excitotoxicity, oxidative stress and inflammation.”

A 2001 study published in Nature found that administration of 2-AG to mice that had sustained closed head injury prevented “secondary injury” that follows the primary closed head injury (e.g. it reduced the occurrence of brain edema, decreased size of the area of damage and death of cells in the hippocampus [an area of the brain involved in memory]) and improved recovery. According to an abcNEWS article on the study, “The cannabinoid, 2-AG, is believed to work in three ways. First, it reduces the levels of glutamate, a toxic molecule, released after injury. Second, it decreases the amount of free radicals and TNF (a chemical that induces inflammation) after injury. Third, it increases the blood supply to the brain. All three mechanisms are essential for limiting the damage done after the primary injury.”

In a 2006 study published in found that dexanabinol, a synthetic cannabinoid derivative, while found to be safe, was not effective in treating TBI (dexanabinol does not produce the intoxication caused by cannabis strains with psychoactive levels of THC because instead of binding to CB1 and CB2 receptors, it functions by blocking NMDA/glutamate receptors and neutralizing free radicals which can damage the body).

All of these findings signify a need for increased research into the effects of THC and other naturally occurring and synthetic cannabinoids on brain injury and as general neuroprotective agents, which may have roles in treatment of neurodegenerative diseases like ALS, Alzheimer’s, Parkinson’s, Huntington’s, and others.

It is important to note that patients with the disorders described in this article should not necessarily expect prevention/improvement of brain injury through the use of raw, whole-plant cannabinoid medicine. More evidence needs to be gathered and large-scale clinical trials need to be conducted before it can be stated definitively that cannabis or its components, synthetic or natural, are effective treatment options for any type of brain injury.

Take Action To Increase Cannabinoid Research In The USA

If you support federal reclassification of cannabis, which can lead to an increase in research and increased safe access to medical cannabis for patients, please visit this site, click “Support”, and follow the steps to notify your Representative that you support H.R. 689, “The States’ Medical Marijuana Patient Protection Act”. Your voice matters.

Stay tuned for an upcoming tutorial-style article on Medical Jane which will review the potential utility of cannabinoid medicine as treatment for various neurodegenerative diseases and their symptoms.